Car won’t start due to these electric system problems. 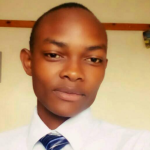 The reasons why the car won’t start originates from common car electrical system problems. Despite how long you have been using your car, the car’s electrical system failures will hit you at some point. So being equipped with the knowledge about this subject matter is very important.

If  the car doesn’t start repeatedly after a few miles it is a sign that there is a problem that requires your attention. There are a few tests that you can perform when the car won’t start in order to know what is causing the issue. For example, you can listen to the sound coming from the ignition cylinder when you try to start the car. If it’s a clicking sound, the problem could be within the ignition cylinder or the spark plug.

Further, you can try to turn on the windshield wipers to see the speed at which they’re moving. If they are moving slower than usual or not moving at all,  the battery is the problem. Below we will check out some common reasons why the car doesn’t start.

A dead car battery will be the most obvious reason why your car won’t start. There are a number of reasons why the battery may cause trouble for your car. For example, the battery terminals could have corrosion on them. This will prevent the battery from getting recharged or transferring electric volts to where they’re needed.

If you’re driving and the alternator belt is faulty, there is a possibility that you will get stranded. Basically, the process of starting the car depends on electric current coming from the battery. When the car alternator isn’t working, the vehicle relies on the battery’s electric current to serve it’s needs.

The problem with this is that the charge ends up being depleted and that might leave you stranded on the road. So like how would you know if the car’s alternator is faulty? Just start the engine and see if it stalls. Alternatively, the lights (both exterior and interior) keep flickering and moving from bright to dim. Further, a battery dashboard warning light may appear and you may also notice a burning smell. If you keep driving with this issue, you will end up damaging your car’s battery.

A problematic starter will usually have a problem when you hear a clicking sound. Make sure you’re very Kean when trying to start the engine and it won’t turn over. Pay attention to the sound you’re getting from the attempts. In order to diagnose a problematic starter, you will need a professional to do so.

This happens to your steering for a number of reasons, the locked steering wheel is what I’m talking about here. For example, your car’s steering wheel may lock due to problematic power steering system, sharp turns or a problematic ignition cylinder. Be careful while trying to resolve this problem.

Yanking too hard on the wheel will make matters worse. Try turning the wheel gently without too much force. While at the same time your key must be in the ignition. This may not apply for every car model but consulting your driver’s manual will be much more helpful.

If there is no sufficient fuel in your fuel tank, there is the possibility that the car won’t start. In fact if you’re driving and the fuel tank dashboard warning light shows up, locate a fueling station immediately. Because if you keep driving there is a chance that you will get stranded.